Some musings from our in-house airgun journalist on a return to (socially distanced) shooting at Denwood with pictures among other things.

That Douglas bloke has been at it again.  This time it's a two parter in AGW about the Pistol League. 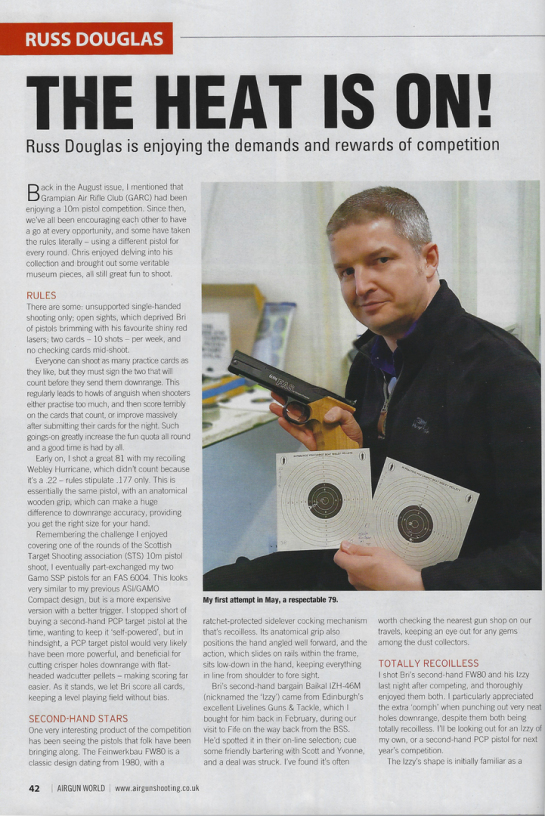 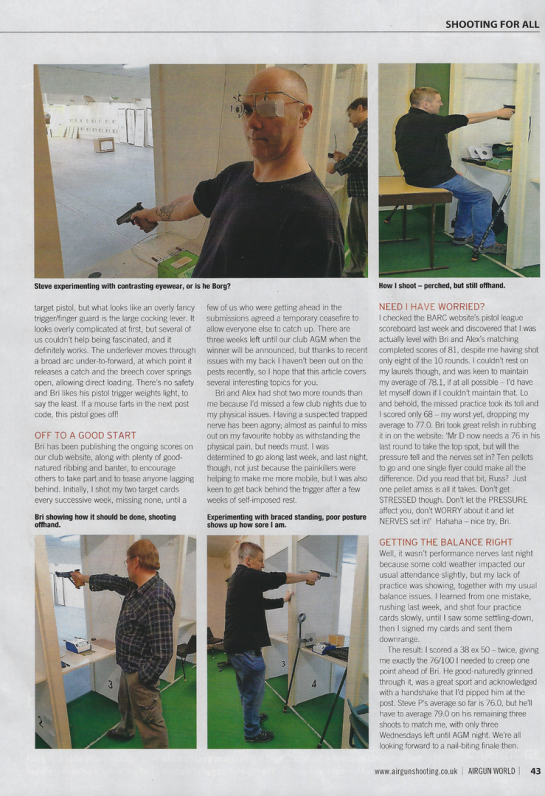 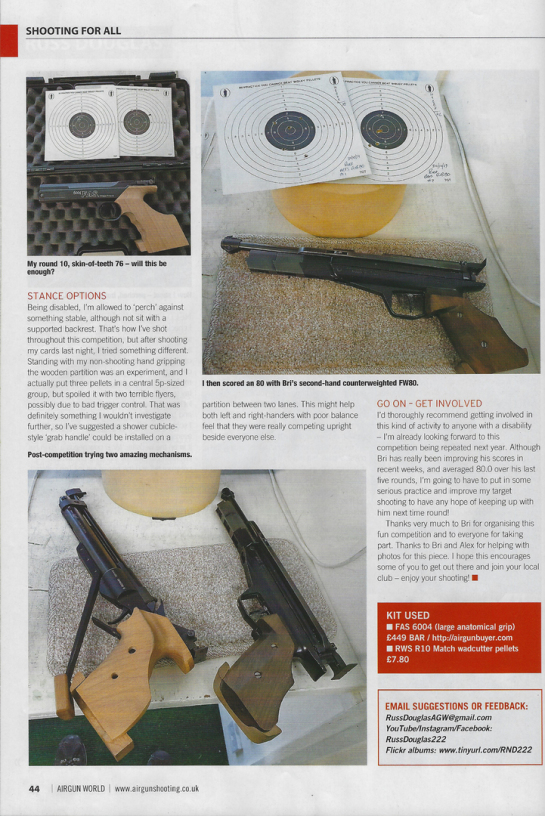 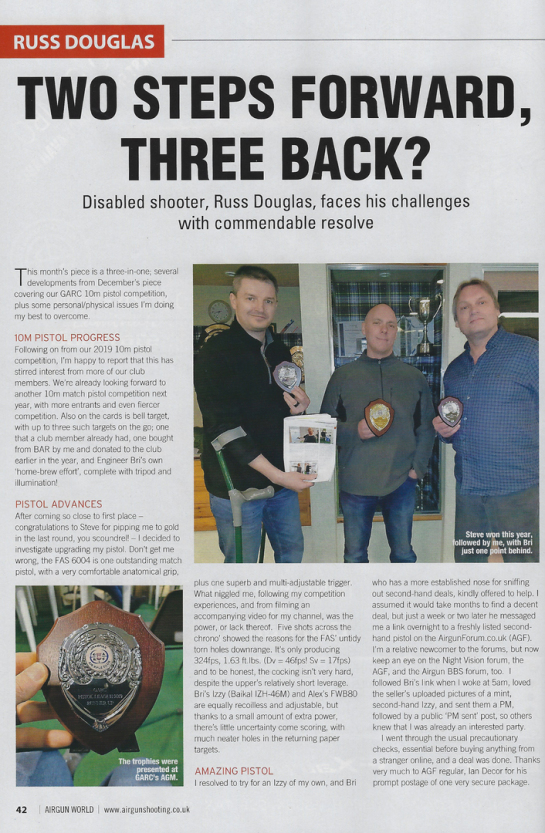 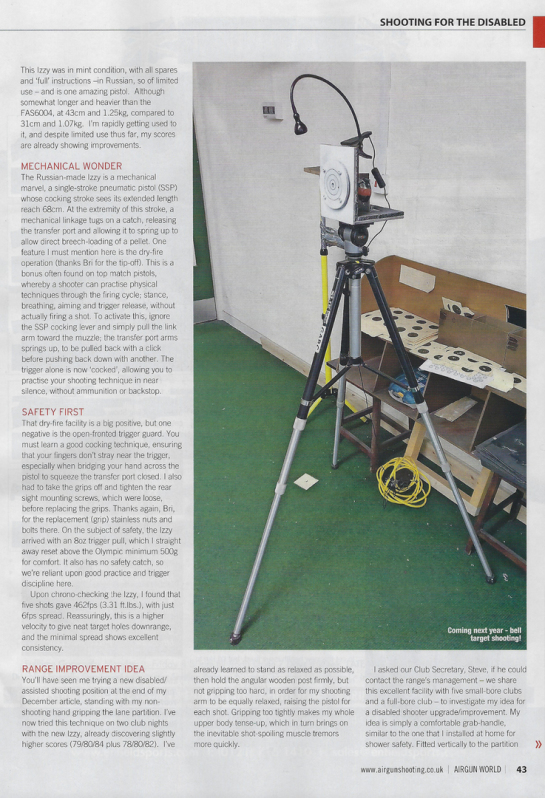 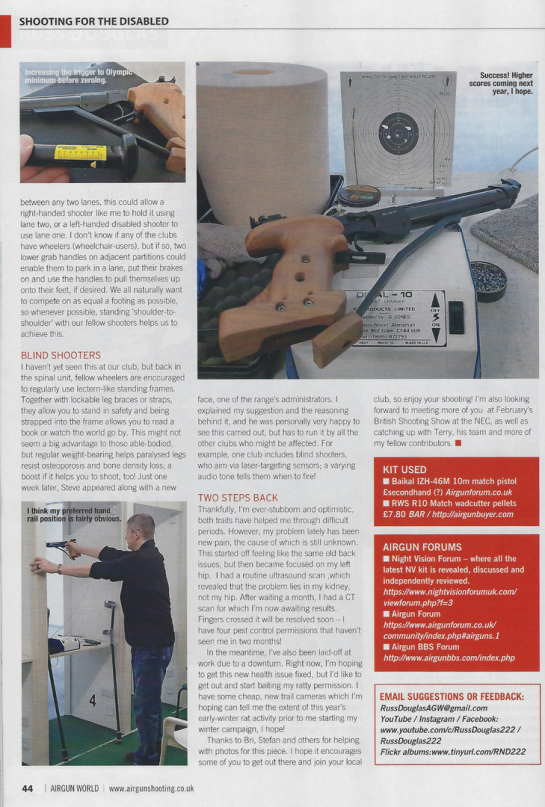 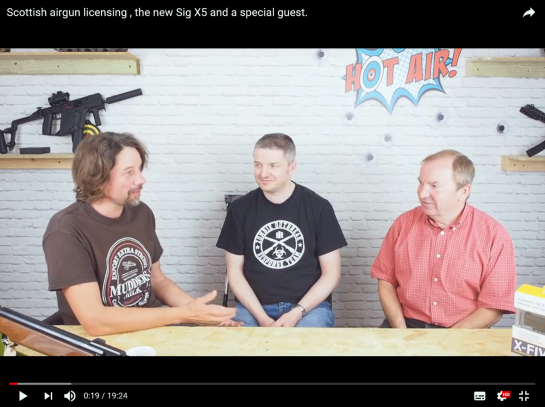 If you're a regular reader of Airgun World magazine, you won't failed to have seen our resident Scribe    Russ Douglas in print.  His jetsetting, journalistic lifestyle has seen him write about Disabled Issues, ironing boards, tables, seats, beanbags, gloves and squirrels over the last year - he's even managed the odd piece about airguns.

Now an AGW regular, Russ's items caught the eye of Tony who was unaware of our existence and promptly joined up.

Russ has still to apologise for that but he did pen an item about it and GARC which raised the Club's profile on a National level and, by kind permission of AGW Editor in Chief Terry Doe, here it is. 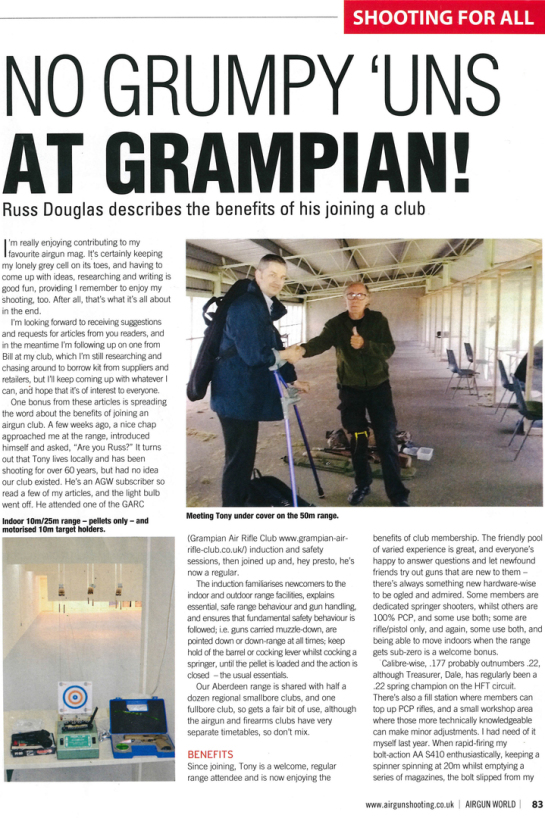 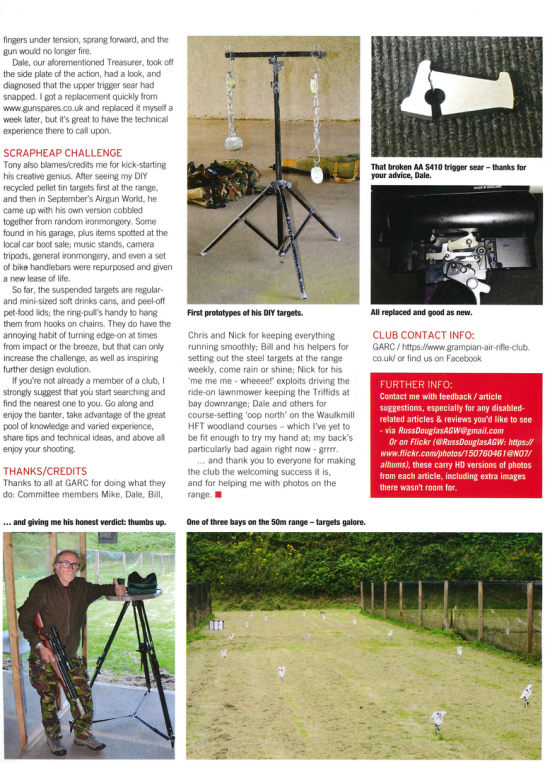 A good article but people were wondering why it was called "No Grumpy 'Uns..." while Tony's facial expression said otherwise - he does look like a Death Row inmate giving a TripAdvisor review of his Last Meal.  Russ explained that editor Terry Doe thinks up the headings himself.

Tony, 108, later said that he'd had to grow a moustache to disguise himself after being mobbed by teenage girls following publication.

Our recent Home Guard shoot (see the Competitions and Events page) was also given the Douglas treatment and included in the Feb. '18 Airgun World. 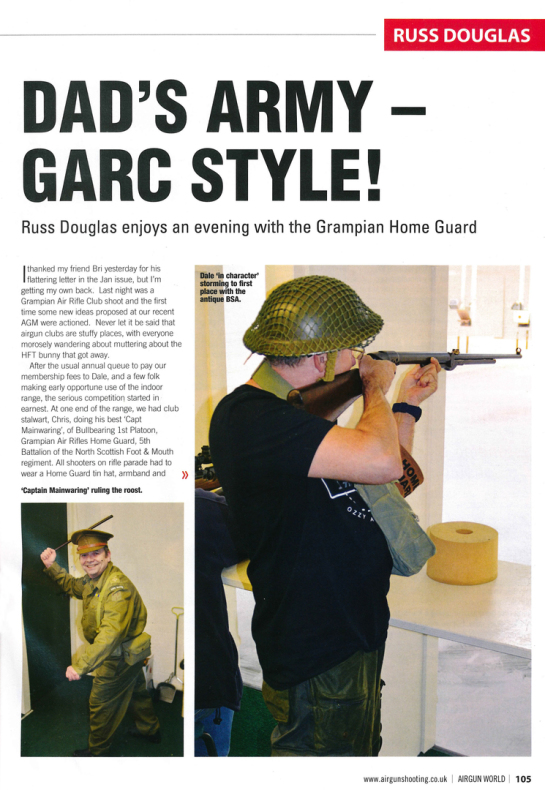 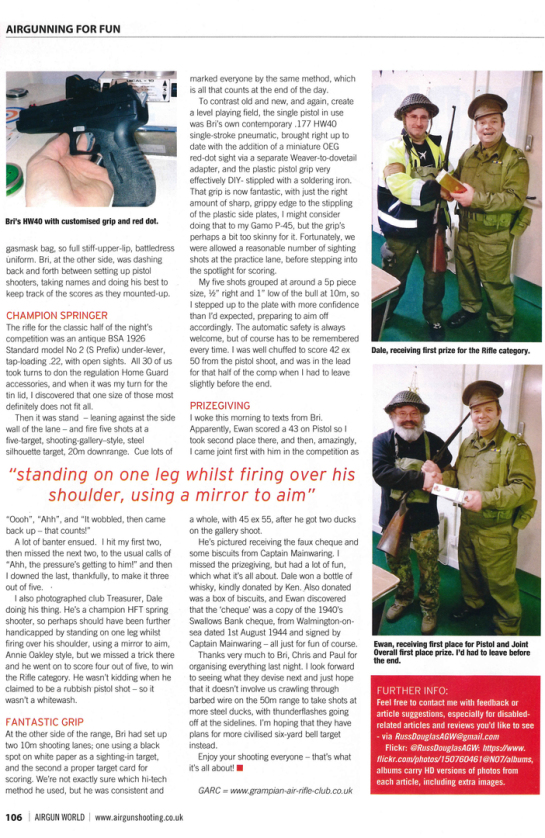 The Evening Express also gave us a platform during the run up to Airgun Licensing back in 2016. 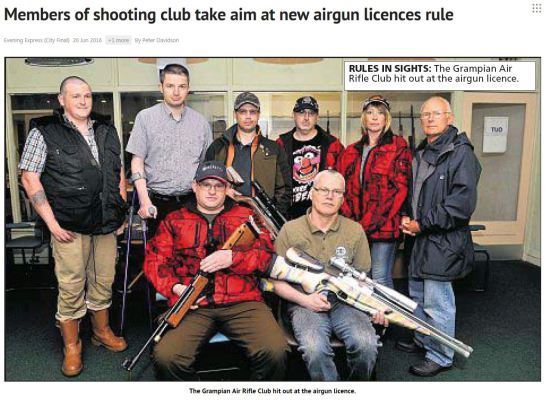 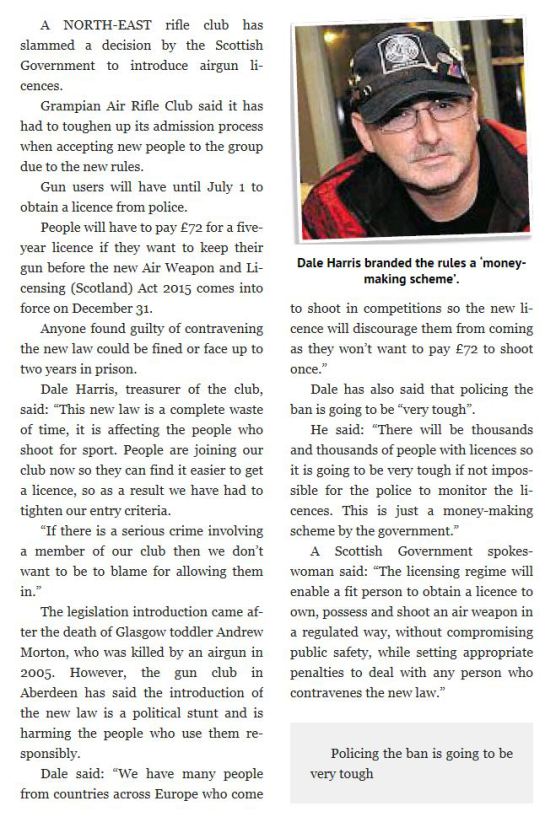